The General Election in Sri-Lanka takes place on 8 January 2015.

Travelling in Sri-Lanka in December, it is difficult to tell that there are actually two candidates. Posters of the president are everywhere. I hardly see any for the opposing candidate, who is from the same political party. Most people I have spoken to in Sri-Lanka are predicting that the current president will be win the next election.

There is a lot of open hostility towards him. People talk about the fact that he has created around 100 ministerial posts and awarded them to candidates he has chosen himself. They say that the only good thing he has done was to stop the war but that his is really a military dictatorship.

Our tuk-tuk driver worked as a policeman in Jaffna during the war, whilst he is not happy with the current president one thing he doesn’t want is for things to return to the way they were before he came to power.

Arriving at Lunuganga you step straight into a place that absorbs and focuses all your senses.

Geoffrey Bawa bought the estate, a former rubber plantation, in the late 1940’s. He then added the the various guest rooms and other buildings to the main house as well as making changes to the gardens.

I have the place to myself. There are more guests arriving the next day. Well aside for the wild life. In the gardens I meet a couple of tethered cows along and large fruit bats swoop over my head. Slightly too close for comfort. I can see monkeys in the trees as I look out of bathroom window.

The property borders a lake and in the distance the call to prayer has started. The chanting continues as the sun begins to sink lower in the sky. Since the mosquito’s are becoming a bit more persistent I decide to head back to the main house. As the sun goes down the night is filled with the sounds of crickets and lizards.

The main house has been preserved just as it was when Geoffrey Bawa lived there with a few very minor changes. The house is run as a non-for-profit trust.

The staff are quick to point out that Geoffrey Bawa was a quiet man who wouldn’t have liked the attention that is now paid to his design. I wonder whether his personality was as understated as his architectural style.

One of the most striking things about Geoffrey Bawa is how much the buildings he has designed reflect Sri-Lankan design. In Bentota there are a number of municipal buildings that were designed by the architect, including the post office and train station and a couple of small guest houses. Each reflect Sri-Lankan traditional design with the use of wood, red tiled roofs. But there is a simplicity and elegance that distinguishes Bawa’s designs from others.

Next stop is the Kandalana Heritance Hotel. This hotel in Dambulla reminds me of Geoffrey Bawa’s house in Bentota is so many ways. It is also set on a lake and great attention has been given to the creation of a building that sits perfectly in the land scape. When looking back towards the hotel from the top of Sigiria the sustainable impact of the building becomes clear. The hotel, although almost one kilometre in length, is completely hidden by the trees and vegetation that grow around it.

From the balconies you look out at the lake.  By day monkeys keep you company on the balcony and by night bats swoop in and out of the balconies and the open corridors of the hotel.

My pop-up is apparently quite good. And that explains why, a day after getting off a ten hour flight to Sri-Lanka, I am standing up on surf board riding the long wave in to shore. Quite a feat for someone who has only surfed a few times and has never managed to stand up on a surf board before now.

I have signed myself up for a seven-day surf retreat. I am staying at Talalla Surf Retreat. Talalla is a small bay on the South coast of Sri-Lanka. Not far from Matara the beach is almost untouched by tourism. There are only a couple of guesthouses offering accommodation and both are set well back from the pristine coast.

Talalla Surf Retreat is hidden at the far end of the beach. Set in gardens dotted with palms and a large pool, my home for the next seven nights is a room that is open to the outdoors. There are walls on two sides of the room. The other two walls are rattan blinds. At night as I look out through my mosquito net I can see the silhouette of the trees in the moonlight. The sound of waves crashing on the beach and a chorus of crickets, lizards and toads make it difficult to sleep at first. Monkeys have raided the houses at the back of the resort a couple of times and tucked into a bar of chocolate one of my fellow surfers had in her room. None have visited me so far.

Along with the monkeys, a large variety of tropical birds and tiny brown squirrels inhabit the trees. Small white cattle egret peck at the insects in the grass. One day I stumble across the resident lizard, almost a foot long.

My surf course is really comprehensive. We have two surf lessons a day, alternating between sessions at the beach and theory in the afternoons. I am a little dubious about the cameraman filming our surf sessions at first. But after you get used to seeing yourself on camera it is really useful to analyse our technique with our surf coach. We are also given things to work on for the next day.

After surf lessons it is back to the retreat for lunch and much needed pool time. It is difficult to decide what to do first. As well as surfing it is possible to do yoga and book treatments at the spa. The resort also offers a range of trips to local attractions. You could fill your day with activities. But I often wile away my free time lazing in a hammock or sitting by the pool.

Over the week we surf at a few beaches dotted along this coastline. It is almost ten years since the tsunami hit Sri-Lanka on Boxing Day 2004. The tsunami struck as Sri-Lankans were celebrating the full moon festival. Thirty thousand people lost their lives that day and countless more people were injured and left homeless. The towns and holiday resorts have been entirely rebuilt but every now and then there are a few reminders of the tragedy that hit this coastline in the early afternoon of 26th December that year.

One of the girls on our surf retreat points out a few shells of houses at one of the beaches we are surfing at. She survived the tsunami when it hit Phuhket, Thailand. She isn’t here because it is the ten-year anniversary of the tsunami but because she finally feels ready to try to swim in big waves again. In the end it is all too much for her. She is wondering whether the houses along this beach haven’t been rebuilt because an entire generation of one family was washed away in the waves and there was no one left to rebuild. She is struggling with the notion that it is wrong to be in the water. She feels like she has pushed herself too far today and isn’t able to surf.

The next night we head to one of the little beach bars for a drink. Talalla beach is one of the most beautiful beaches I have seen along this coast. Fishing boats are lined up in a row on one side of the beach and this gives way to a large expanse of golden sand that hugs the sea. At the end of the beach, palm trees crowd along the gently sloping cliff. We come across a couple of cows heading in the opposite direction as we sit down and order our mojitos.

My fellow surfer thinks Sri-Lanka has concentrated on looking to the future. The houses and hotels have been rebuilt and the beaches are once again pristine. But she wonders whether the people who experienced the tsunami are as untouched by it as this coastline appears to be.

By the end of the week we are all surfing green waves and are much more confident on our boards. As I leave I am already planning my next trip here.

Rooms at Talalla Surf Retreat cost $120 a night in peak season. The hotel offers a one-week surf package for $1551. This includes 7 nights accommodation in a deluxe villa, full board, nine 2-hour surf-coaching sessions and a complimentary full body massage.

Dickwella Resort
Beach Resort in the centre of Dickwella 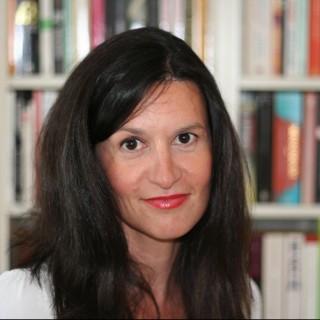 Some of my friends